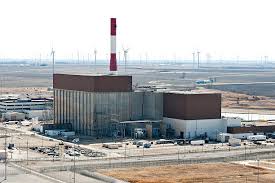 22-year-old Kevin Wegner of Plainfield, Illinois was arrested for drunk driving and possession of drug paraphernalia.

Authorities say he crashed his car through the front gate of the Exelon Nuclear Station at 2601 N. 21st Rd. a little after 1:00 a.m.

Wegner and a passenger, 21-year-old Nicholas Sass of Bolingbrook, were hurt and had to be taken to the hospital.

Wegner was later booked and released from jail after posting bond. He’ll be back in court in February.

Sass was not arrested.

Exelon does not believe the crash was a security threat.