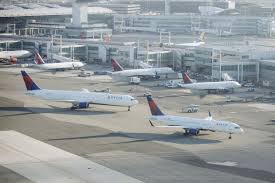 The New York Post has recently obtained a secret memo revealing new security lapses at the JFK airport, including an “unsecured” gate on the fence protecting the airport’s giant fuel pipeline.

According to the Post, the blunder was discovered on Wednesday, only days after a man climbed the 8-fence perimeter fence and walked across two runways without detection, although no one knows just how long the gate was left vulnerable. Security cameras around it were either malfunctioning or not designed to pick up the image, says the memo, which was also written on Wednesday.

The Gate 112 was discovered unsecured by a police officer, who then notified higher-ups and then “secured lock on fence,” the memo says. After a security camera operator was informed of the location of Gate 112, it was determined that no camera was able to observe the Gate 112 area.

Gate 112 is a key location in the $100 million Perimeter Intrusion Detection System, the article reports, because it provides an entryway to the Buckeye pipeline, which carries 8.4 million gallons of fuel daily through the city to the airport.

The pipeline was the target of terrorists who were busted in 2007 for plotting to blow it up, and the gate is also located near an active runway, 22 Left.

However, Port Authority officials, including Executive Director Patrick Foye, said that the memo is “a lie,” the Post reports, although he did not explain how it was inaccurate. The Port Authority had the officer who discovered the “unsecured” gate, Officer Joseph DeFelice, call the Post with a union representative on the line to say that the fence has two heavy chains and that one of them was unlocked.

He said the chain, not the gate, was “unsecured,” and that the unlocked chain was not a security risk. He could not explain, according to the Post, why there were two chains on the gate.